Office Theft - 5 Tips For Preventing It. 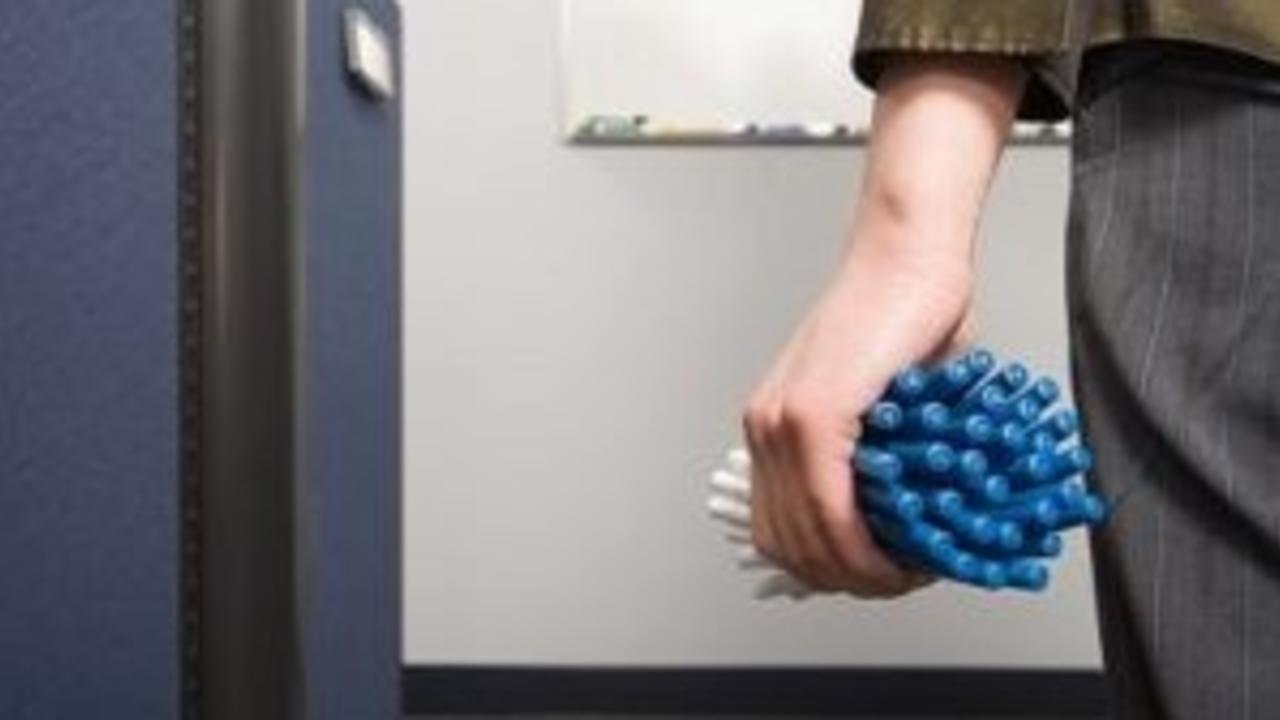 It's one thing for staff in a retail store to pocket merchandise, but another thing entirely when trusted office workers rip you off. Office theft is an unfortunate reality.

Several years ago I was hired by a local non-profit organization to convert their manual paper-based accounting system to a computerized platform.  Their bookkeeping systems were antiquated and lacked internal controls which was criticized in a recent audit.  They needed to make big changes in how they managed their books.

After I met with each staff member to learn about their job functions related to record-keeping, I could see exactly where the lack of internal controls lay.

Internal controls in any organization, are measures put in place to prevent problems before they occur.  In this respect, we say they are “preventative.”  For instance, numbering all sales invoices ensures that the sales are properly accounted for.

If invoices are not numbered, an unsavory employee is able to complete a cash sale with a customer, destroy the invoice and pocket the cash.

Numbered invoices make it more difficult to hide the fact that such activities have taken place.  A numbered invoice is a good example of an internal control to help prevent office theft. 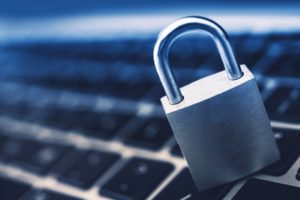 While internal controls are great, they don’t ensure a business will NEVER get robbed by its employees.

Have you ever heard the saying “locks only keep the honest people out.”  That is, a business can have bullet proof measures, security cameras, armed guards and motion activated machine guns (okay – a bit over-the-top but you get the point) and a multitude of checks and balances, yet if an employee really wants to steal . . . they will.

Furthermore, the controls don’t make honest people more honest. If you think about it . . . an honest person who is not inclined to steal won’t be affected by the internal controls.

Devious employees however, will have to think twice as hard about how to pull off the theft and not get caught. The internal controls make it harder to hide such activity.

"locks only keep the
honest people out"

If locks only keep the honest people out, should they have access to the key?  Well, sure – why not!  After all, they are the ones to be trusted, right? Besides, someone needs to have the key!

After I identified the areas of weak internal controls, I made several recommendations to management which were accepted without hesitation.

One area of weakness involved their system of paying bills and reconciling the bank account. For years, their Administrative Assistant had been receiving all mail and paying all bills.

Furthermore, when the bank statement arrived monthly, she would reconcile the bank (covered in detail in chapter 9 of FastTrack Bookkeeping).

This was a big weakness.

For instance, if the dishonest employee is the one writing the checks, they have the ability to cover their tracks when they reconcile the bank account.

Division of duties makes it harder to carry off this defalcation. My recommendation was to have the new staff position of Bookkeeper prepare all checks, and another office clerk reconcile the bank account.

The other signing officer would be their President. This recommendation however, created a new layer of complexity that had the potential to add delays in paying bills, in some cases by as much as 1 week. 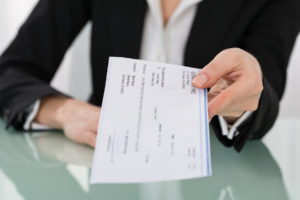 Because this organization had a volunteer board of directors, another recommendation I had for them was to have ALL checks signed by two signing officers.  One would always be the Executive Director who had his finger on the pulse of the organization on a daily basis.

To ensure payroll would never be delayed, I recommended that all payroll checks be processed 1 month in advance and given to the Administrative Assistant who would have them signed by the two signing officers.  She would then store the checks in a locked personnel file cabinet to which only she had the key.

On payday, she would distribute the checks to all employees.  It was a great system and worked like a charm.

One particular month, as I reviewed the bank statement with the office clerk who reconciled the bank, I spotted an irregularity. I noticed that a payroll check that was written to the Administrative Assistant had been changed.  In particular, the date was changed so that she could cash it 5 days BEFORE payday.

A week later when I met with the Executive Director, I politely pointed out that all changes to checks required the initials of both signing officers.  He was perplexed and asked for an example.

When I presented the payroll check, his jaw hit the floor.  He stared at me with his mouth open, and presented his gold “Cross” pen from his suit jacket.

"she had forged his initials" 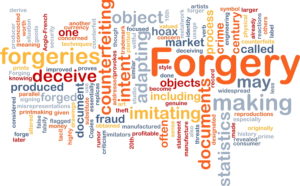 We all sat silently, in disbelief, for several seconds trying to soak in the seriousness of the situation.

The Administrative Assistant – privy to all sorts of confidential stuff – with access to all personnel files – having the ear of the Executive Director and every Board member – in a position of trust – had forged her bosses initials to cash HER payroll check earlier.

Such dishonesty begged the question “What else was going on?” (afterward we learned of the office supplies and postage stamps that had been going out the back door into the trunk of her car!” 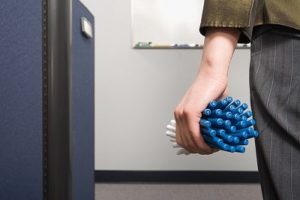 In business, the opportunity cost of having employees is that, once in a while, one of them will steal from you.  Internal controls help to reduce and uncover these opportunities when they occur. In this instance, the internal controls worked well to uncover a problem of office theft before it got worse.

With all that being said, I’ll leave you with five internal controls that, if implemented, will result in decreased risk of employee theft:

It should go without saying that most employees don’t intend to steal – and thank goodness for that!  The measures we put in place to deal with this dirty little topic of office theft aren’t for the good guys, but for the bad ones.

After all, the locks only keep the honest people out!  Right? 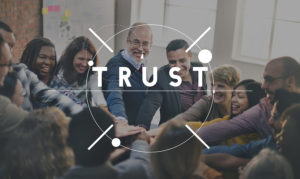 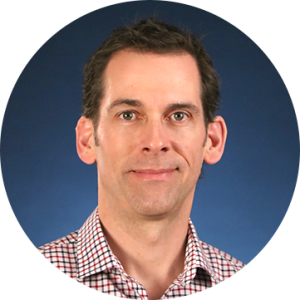